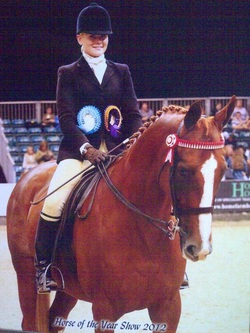 To book me for judging at local / unaffiliated / affiliated shows, please email or phone: samanthaosborne@live.co.uk or call 07964047433.
I am happy to ride in the ring for free. Please visit my 'contact' page to book me for show riding. I have experience in flat, working hunter, lead rein and side saddle. Please see my 'Gallery' page for a selection of photos taken at shows, riding out on racing yards, and when competing at unaffiliated dressage, show jumping and cross country. 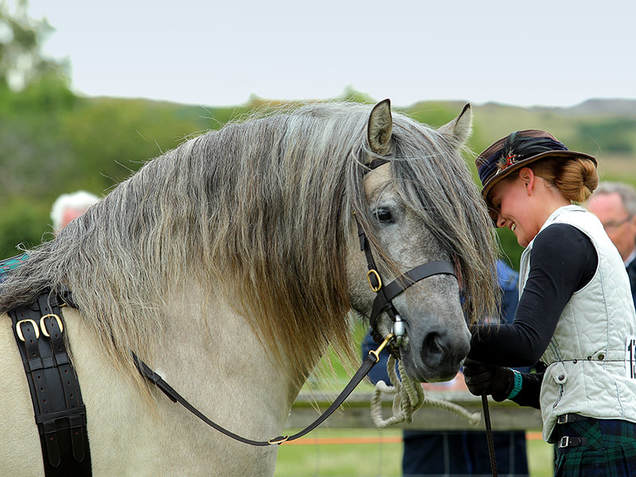 2020 - I MADE THE DECISION TO STAND DOWN FROM PANELS AND NOT RENEW MY MEMBERSHIPS AS I WANT TO SPEND MORE TIME AT HOME.
Virtual showing-
​Wentworth Merryweather Show - Inhand and Ridden judge

22nd February - Yorkshire Horse of the Year Show. I took Mullagh Sunrise for her first ever outing and she won her class. I also rode Streedagh Yates for home-produced Lyn Templey who also won his novice class.

2nd March - BSPS, Kirklevington - Connemara novice ridden and novice WHP for Lyn Templey - Streedagh Yates - Buster jumped his first ever working hunter course and finished 3rd in the BSPS Winter Champs Qualifier. He also finished 3rd in the ridden qualifier too. We were delighted with his attitude to jumping and I am looking forward to the next time we go jumping!

27th April - NPS Area 4 - Streedagh Yates finished 3rd in his Picton Novice qualifier. Unfortunately he had a couple of unlucky faults in his WHP class but finished 7th. Molly's Gibside Song also finished 3rd in the youngstock riding horse class. On this occasion the judge preferred him as a sports horse; however, it was lovely to handle him for the first time and have a practise for some of our other dates this season.

15th June - Hanlith Hall Show - Talisker Bow Bells - 1ST AND CHAMPION MOUNTAIN AND MOORLAND OF 9 CLASSES! Bow also stood 2nd in the youngstock and 2nd and reserve champion out of the dun horse classes. We decided not to stay for the supreme as it was a very long day.

25th August - NPS Area 4 - 1st 2 and 3 year old Highlands. Although we entered the Northern Breeders Championship after qualifying at Osmotherley Show, the timetable and ring for the class was changed later in the afternoon and so we missed the class due to not hearing the announcement; however, I was delighted that Gemma Stanford went on to take the championship!


2013:
Osboldeston, SEIB Racehorse to Riding Horse, 28th April - Stevey's Lad. Stevey gave me a super ride and was pulled 2nd to Katie Jerram, riding HRH's Barber Shop. Stevey will be going to the Olney qualifier next to try and get that HOYS ticket!

Hambleton Show - 26th May 2013 - Mooncoin (owned by Garry Ross) - lightweight cob. Buster was placed 4th in the ridden Irish Draught class. It was lovely to ride him at such short notice and he gave me a lovely ride.

BSPS Area 3A, 28th June, Olympia Veteran semi final qualifier inhand, Bylands Song of the Sea(Owned and bred by Claire Batterbee), former winner of the Rotherwood Broodmare Championship at Ponies UK, 2001. It was lovely to show one of Claire's ponies after she has spent many years being my second set of hands, driver and groom at shows with Traemarr Seattle and Stevey's Lad. Clover won her class and took reserve champion to James Knight's ridden mare Issy, last season's Olympia reserve champion finalist.

Warren Farm Summer Sash Show, 9th June 2013, Super Truper, Novice Large Riding Horse (For Sale). Rupert won both his ridden and inhand class at his first ever show, just one week out of the racing yard. He behaved perfectly.

Badgeworth, SEIB Racehorse to Riding Horse, 16th June - Stevey's Lad. Stevey gave a foot perfect ride for myself and ride judge David Bartram. He was pulled top of his section in a very strong class and finished second overall out of 31 entries forward to Gill Wormall's Sister Gee and therefore booked his place at Horse of the Year Show!!!! His new owner and I were delighted the twelve hour round trip paid off. He gave me the ride of my life... and of course there were lots of tears!!! Big well done Stevey for being such a super star and getting your golden ticket two years in a row!!

Hickstead Derby Meet - Stevey's Lad - Hickstead RoR Final 2013. 23rd June. Stevey was pulled 8th out of 32. He was a little upset leaving his horsebox friend who was competing in the flat section and so didn't perform at his best but I was delighted to be offered the ride on Stevey at such a special show.

30th June - Kirklevington Show - 1st and champion inhand of the show at his first ever trip out. Timmy - see 'For Sale' page for photos and more details.

15th - 17th August - Equifest - Monika of Whitefield for Margaret Comrie-Bryant, SP lead rein for Sophie Burkin and WH for Paula Robinson.  Monika was placed top 6 in all of her big classes and ended the week on a high by taking the NPS Picton Novice reserve champion at The Southern Highland Pony Show. I enjoyed having my first go at lead rein and Daisy, Rabbit and I finished 8th in a really big class in the pouring rain! I also rode Himley Park JR on behalf of Paula Robinson. New from Ireland and only his second show and my first time on board, we were very pleased with his performance with a ride judge and he finished 4th in the Equifest Heavyweight Hunter class and I was awarded the leading rider qualification for Saturday's championship.

29th August - 1st September - Royal London Horse Show - Talisker Bow Bells' first party!! Bow behaved perfectly and finished 2nd in a large mixed youngstock class. He received another 2nd in an alternative coloured class too. I did not take him into the championship as it clashed with my judging appointments. He finished 2nd to Welsh ponies in both classes. I'm really excited for next season with him!! It was also lovely to meet Stevey's Lad there, this time partnered by his owner Donna who finished 4th in the retrained racehorse class with him.

12th - 13th October - HORSE OF THE YEAR SHOW!!! Racehorse to Riding Horse - Stevey's Lad. Stevey finished 9th at HOYS this year. We were delighted that he made the placings two years in a row. 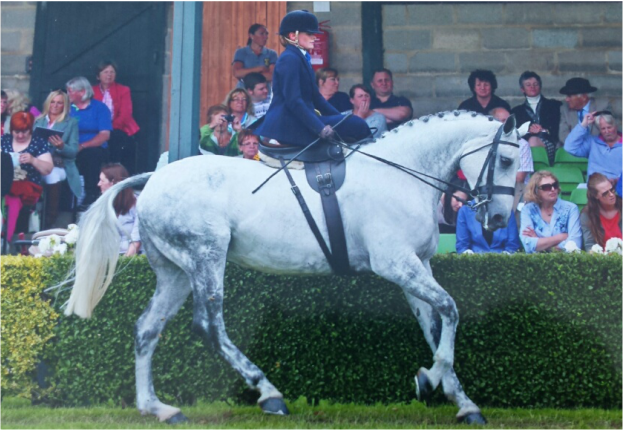 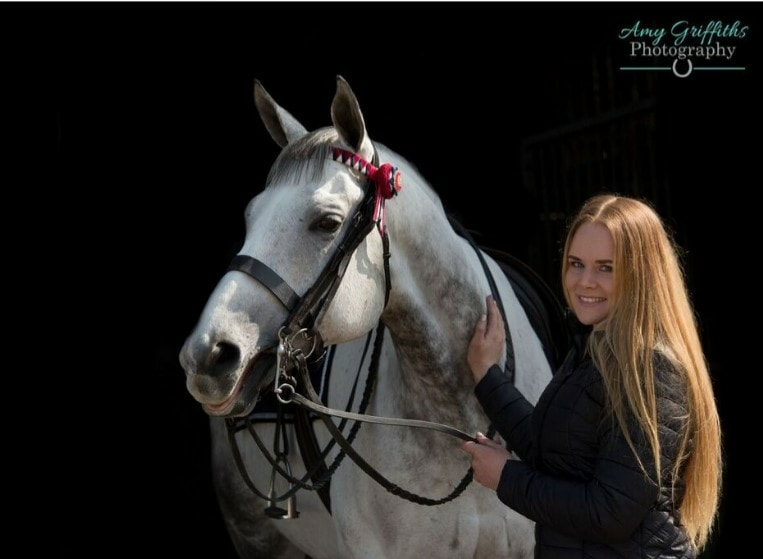