Horses and ponies for sale...

THE RIGHT MIX - by Fair Mix
15.3hh, ROR potential / large hack stamp, 6 year old dark brown mare for sale. Only raced a handful of times and retired injury free (just too slow!)
An easy mare to do in all ways and is bombproof.
Velvet is a homebred mare. She enjoys jumping and has shown a lot of scope and boldness with her jumping education at home.
Please contact me for photos, videos or more details.
Priced to sell: £1000 ovno to a good home.
Open to vetting. 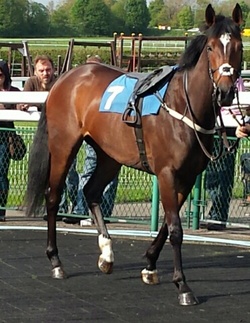 Blossom stands at 15.2 and is a 4year old bay mare.
Blossom was broken as a three year old and has been in training with Edwin Tuer since January 2014. She has raced twice unsuccessfully which is why we are searching for a new home for her.
Blossom is easy to do, laid back and keen to please. She is safe in traffic and has not shown any vices.
Blossom raced 13.7.14 and is therefore currently racing fit. She has not been retrained in any way and is a blank canvas for somebody wanting a new project for ROR showing, jumping or dressage.
She has balanced, light, straight movement and is nicely built. She is clean in her wind and finished racing without any injuries.
By Court Cave and out of Aletha Gee.
Photos available on request. Good home more important than price but priced to sell. Recently vaccinated, shod, wormed, back checked and teeth checked. Passported and microchipped.
£700 no offers.
Open to vetting. Can be ridden and viewed in North Yorkshire. 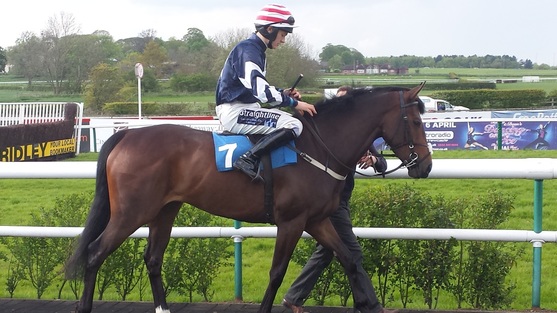 ... sale agreed and in her new home within 24 hours. A huge good luck to Lauren Campion with her... 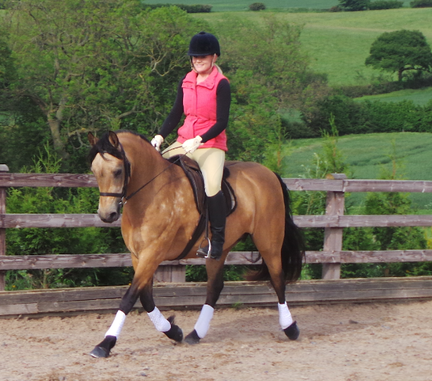 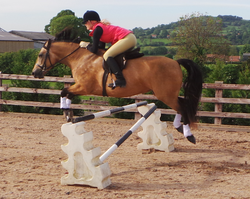 Mullagh Sunrise (Maizey) was professionally broken at the end of 2013, after
breeding a golden dun colt foal, and has successfully been lightly shown this
season under saddle with results including:


Maizey is a 5 year old, 14.1hh, golden dun, grade 1 Connemara mare.
Exceptionally well bred having Village Boy and Ferderiksminde Hazy Match as her
grandsires. She is straight moving, clean limbed and has a good length of rein.
Maizey has a beautiful, quality head and kind eye. She is an easy pony to handle
and is currently home-produced. Maizey has a kind nature in the stable and has
so far been un-phased during all aspects of her education


Maizey is good to: shoe, box, clip, hack out and in traffic. She is vice free
and vaccinated and wormed to date


Maizey has recently just started jump schooling and is confidently jumping
small courses and 3ft3 single fences, showing a clear enthusiasm for it and has
never refused once. Her flat work is developing and next year she will be a
serious open contender in both HOYS ridden and WHP classes


Maizey is looking for a first class home to love her and take her to the next
stage in her education and competition career. She will make a super second
all-rounder pony for a competitive child or will excel in the show-ring as a
Mountain and Moorland pony. Maizey is snaffle mouthed


Currently based and available to view in North Yorkshire


More photos available on request. Video taken 5 weeks ago at her second ever indoor show and fourth ever outing, can be viewed on this link: 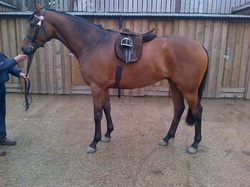 SOLD TO THE FIRST VIEWER WITHIN A FORTNIGHT OF RETRAINING. GOOD LUCK TO LEANNE AND RUPERT!

Rupert was recently broken and has been hacking out. He is now starting to do some work in the school and prepare for his first show. Rupert is also popping small showjumps and is showing a natural ability for jumping. He is a balanced and comfy ride for his age and has bags of potential for the end of the 2013 season/ start of the 2014 season. Rupert went to his first show 9th June and won both his inhand and ridden class.

Rupert has a beautiful head and oozes show quality. He has lovely conformation and a great attitude and character both in and out of the stable.

Rupert is good to shoe, box, travel, catch and is vice free.

£3000 ono to reflect current market. Based in North Yorkshire. 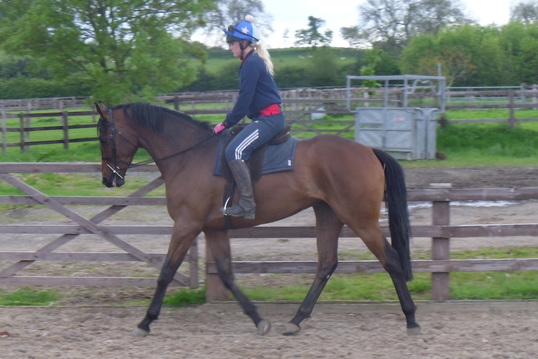 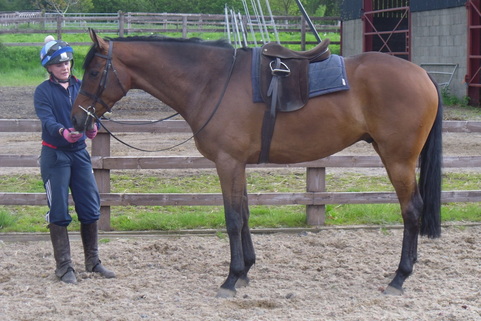 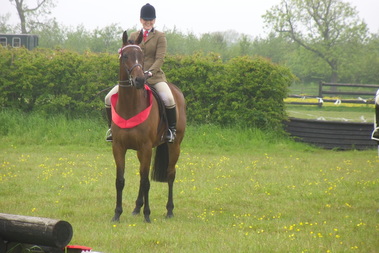 SOLD TO THE FIRST VIEWER WITH IN 3DAYS!!! GOOD LUCK TO LAUREN MAKIN AND MAJOR DANCE IN THE 2014 SEASON...
16.2hh, 5year old, chestnut gelding, by Carnival Dancer.
Buddy (Major Dance) has huge, straight paces and a bold jump.
Buddy would excel at ROR dressage and showing. He enjoys jumping and would also suit an all rounder home/ hunt home/ eventing home.
Buddy has a huge framework to fill and is a blank canvas waiting to find his perfect partner to excel in the competition world!
Buddy is good to shoe, box, catch, load/travel and in traffic.
£2000 ono (can be sold with a whole wardrobe of rugs and a bridle.) Lack of time/ loss of interest forces sale through no fault of his own.
To view some short videos of Bud in work follow these links:
http://www.youtube.com/watch?v=He4tfMsSwqA&feature=youtu.be

Timmy
Timmy was sold to Kimberley in Summer 2013. I bumped in to the pair of them at Equifest this year. Kimberley has been doing some dressage on Timmy and the pair finished 3rd in their first test. Timmy also gained another 3rd rosette at Eqyifest and appeared to be very settled and happy in his new job. (Photo of Timmy and Kimberley below at Equifest.)
July 2014 update: Timmy is enjoying jumping lessons and BYRDS dressage with his young rider Anna. The pair are getting on very well together and are having lots of fun... 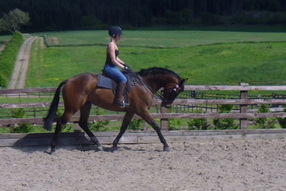 Rupert
Leanne and Rupert have had a super summer of getting to know each other. Leanne has just purchased a trailer and is planning some unaffiliated dressage with Rupert over the Winter. The pair are hoping to do some showing in 2014, too. Photo below of Rupert and Leanne when she viewed him to buy in 2013.
July update 2014: The pair are having a super summer and have scooped their Equifest ticket. They won all four classes and took reserve supreme champion of the show at Warren Farm in July and followed this success with a win at Cleveland County Show. Well done, Leanne and Rupert!
2015 update - Rupert has been sold on to a lady in Aberdeen and will be contesting HOYS classes in 2016. I am excited to see how he progresses...
Powered by